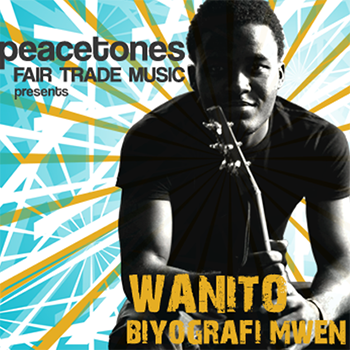 Anyone’s life can change in the blink of an eye. Louis Pascal Juanito Beaubrun, better known by his stage name Wanito, is the perfect example. From obscurity to international recording artist, Wanito won the PeaceTones® Haiti Sings contest in December, beating out fellow musicians from all popular genres in Haiti, including compas, rap, and gospel, with his unique soulful melodies and skillful guitar playing, which captured audiences worldwide. In just a few months after the release of his debut album with PeaceTones®, “Biyografi Mwen,” Wanito went from being an underground young singer to widespread mainstream recognition in Haitian music. Wanito’s unique sound combines elements of Soul, Reggae, Haitian Roots and Hip-hop. His striking lyrics and captivating melodies grab you by the gut and will not let you go.

Wanito’s self-taught style of guitar playing and singing is tinged with Caribbean influences — his voice is at once soulful and disarming. Much like Brazilian singer/songwriter Seu Jorge, his music is plaintive and uncluttered, while vocals take center stage. And, like Jimi Hendrix, Wanito plays the guitar left handed and strung upside down.

If you fly into Haiti today, find a group of teenagers walking by and ask them to sing you a song by Wanito. They’ll pull ten other friends over to sing, “Gad on Rev”, Wanito’s major hit and the album’s first song. It’s a modern coming of age tune that sends strong messages about slipping too soon into parenthood, the lack of opportunity for Haiti’s young – thus the trend for many to seek their fortunes in politics — and showcases Wanito’s gift for creating vivid images with Kreyol words.