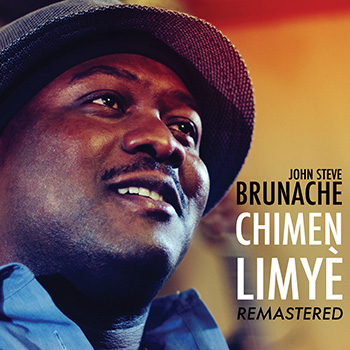 John Steve rose to fame in Haiti during the 80’s and 90’s with his band at the time Tonm Tonm. Here’s a great summary of his history from Wikipedia:

Playing an active  role in the Musical Freedom Movement, Brunache and his then newly-founded five piece band Tonm-Tonm (the name of a popular peasant delicacy of Jeremie), “sang for all of Haiti,” says Brunache, but ached to help transform the country to benefit the masses, more specifically, the poor. For this, his popularity rose substantially. So much so that his roots band specialized in a style of music known as “pile,” (a double entendre meaning to “step on” as well as “to grind”) performed at the Syldio Cator Stadium, one of Haiti’s largest venues. They also performed for President Aristide, Haiti’s first democratically elected president, on the eve of his inauguration, a performance that sealed his fate as a popular president.

During the tail-end of the Duvalier regime, one of Tonm Tonm’s group members was sentenced and spent two months in Fort Dimanche, a prison notoriously known as Fort La Mort, or “Fort of death.” After his release, he later died. Despite this tragedy, Tonm-Tonm began putting together their first album. But once again political hardship changed their fate. The 1991 coup that ousted Aristide proved to be turbulent times, even for artists. As fear and violence invaded the small island of Haiti, many fled to save their lives. Shortly after, another of the group’s members was killed, leaving Brunache and one other member as the sole survivors.

John Steve released his seminal album, “Chimen Limyè,” in 1994 from New York City, where he moved from Haiti in self-exile due to the risks to him and his family created from the political and powerful nature of his music.

In 2012, PeaceTones® met John Steve and learned of his powerful story.  We re-released Chimèn Limyè with him so that he could earn an income off this album, which has previously been pirated and sold in the thousands of copies, and from which John Steve has never earned any royalties.