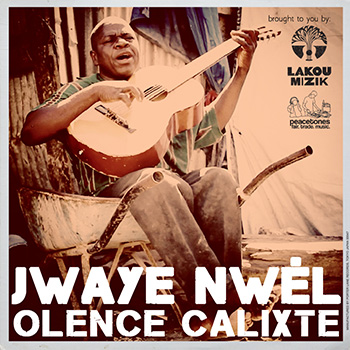 Olence Calixte is a blind musician from Ile de la Tortue off the North coast of Haiti. At the age of 15, he was struck by sudden blindness. Soon after, his mother gave him a guitar to keep him occupied. He’s rarely been seen without one since. He now lives in a tent next to the ruins of the Catholic Cathedral in Port-au-Prince. He plays his plaintive songs for any of the tourists that come by, hoping they are feeling generous so he can feed his family. Mostly, though, he plays for his community of fellow homeless friends that live near him on the street. He brings comfort through his songs, which range from heartbreaking to humorous, but always speak to their everyday reality.